Suzanne is  an investor and advocate who brings her skills, vision, and personal connections to The Bystander Project.   Suzanne is leading the initiative creating legislative, educational, and cultural change around this important issue with the end goals of changing the Statute of Limitations in Rape and Child Sexual Abuse through CHILD USA, ending the Rape Kit Backlog nationwide through the work of Joyful Heart Foundation and advocating for age-appropriate sexual abuse education in our public schools through Erin's Law. She supports the vision of a world free of sexual assault, domestic violence and child abuse through her work on Joyful Heart Foundation's San Francisco Bay Committee.

Suzanne’s personal experiences with child sexual abuse, domestic violence and bystander behavior give her insight into the importance of survivors being believed and supported after disclosure of abuse. Her hope is that by mobilizing both survivors and bystanders to come forward and speak the truth, we’ll all be more empowered to be "upstanders" in the face of sexual abuse and assault.  She believes that victims of violence can not only survive after abuse, but truly thrive if they are supported in meaningful ways.

Suzanne is a native of New Hampshire, and holds a BA in Liberal Studies from Bradford College in Massachusetts. She feels blessed to do work that she loves and lives in beautiful Marin County with her 2 awesome kids and labradoodle.

Devin Adair is an independent film producer and director. Her slate of films includes Break Point starring Jeremy Sisto, Amy Smart, and JK Simmons; a documentary with Oscar winning producer Glen Zipper (Undefeated), with Ted Braun directing, (Darfur Now), and a mini-series called American Dream with producer Trish Hofmann, (Hemingway and Gelhorn, Tate Taylor's Get On Up). She is producing a movie based on her book, The Challenge, with Oscar Nominated writer of Hotel Rwanda, and screenwriter Keir Pearson.

Previously, Devin served as Executive Producer at Boxer Films, Inc., where she oversaw the development and production of a slate of independent film and television projects.

Devin’s former post was Creative Director at Footprint Worldwide, overseeing the build-out of an action sports portal in mainland China that serves 12 million college students, anchored by ESPN’s X Games. Her responsibilities included creating original content for the Chinese audience, programming and integrating branded content initiatives and X Games content, and designing the look and feel of the channel. She also created and produced interactive branded entertainment solutions for major global brands across all platforms, and oversaw all related original content production in China and the U.S. She pitched and developed new business to build international sports and entertainment IPs for mainland China. Brands Devin worked with include Oakley, Skullcandy, Warner Bros. Records and Linkin Park.  Devin previously served as Group Creative Director of Radiator Media Inc., where she developed the original in-store programming build out for the McDonald’s Channel as well as one for Kroger, the largest grocery chain in the United States.

A graduate of Harvard, Devin became the first woman coxswain on the Harvard Crew, winning the NCAA Championships and The Grand Challenge Cup at the Henley Royal Regatta. Devin chronicled her experience in the book, The Challenge (an excerpt published in The New York Times Sunday Magazine).

Devin holds an MFA in film from Columbia University and has been inducted into the Harvard Varsity Club’s Hall of Fame.

Christina Sally currently works as an investigator for the Summit County, Utah, Attorney’s Office, primarily investigating cases of child abuse, while also acting as a consultant and child forensic interviewer. She is a forensic sketch artist, having trained at the FBI Academy in Quantico, Virginia, and provides training on interviewing techniques, child abuse investigations, and other law enforcement related subjects. She also wrote a safety curriculum and has taught personal safety classes to thousands of children in several states.

Christina began her career in law enforcement in 1985 in the San Francisco Bay Area. She has investigated hundreds of reports of sexual and physical abuse, as well as cases of neglect and emotional abuse. She has spoken at children’s justice conferences as well as community and school events regarding justice for children. Most recently, she was recruited to be a panelist for the movie “Bully” alongside other professionals from various disciplines.

In 2010, Christina was awarded Detective of the Year in Summit County, Utah. In 2012, she pioneered and organized the opening of the Summit County Children’s Justice Center, where child abuse victims are interviewed by trained professionals, and she was subsequently awarded the Children’s Justice Award by the Utah Attorney General’s Office for her work in the field of justice for children.

Christina earned her A.A. in Administration of Justice and a B.S. in Criminal Justice / Law Enforcement from San Jose State University.

Marci A. Hamilton is one of the United States’ leading church/state scholars and holds the Paul R. Verkuil Chair in Public Law at the Benjamin N. Cardozo School of Law, Yeshiva University. Her new blog with Professor Leslie Griffin focuses on religious liberty, women’s rights and children’s rights. She also hosts RFRA Perils, which tracks free exercise statutes in all 50 states and the federal government. Professor Hamilton published God vs. the Gavel: The Perils of Extreme Religious Liberty in 2014.

Professor Hamilton is also an author and lecturer on the protection of vulnerable children from institutions, and a national leader and advocate for legislative reform of statutes of limitation reform through her website, SOL Reform.  She is the author of Justice Denied: What America Must Do to Protect Its Children (Cambridge), and is a bi-monthly columnist for Justia.

Professor Hamilton has been honored as one of Pennsylvania’s Women of the Year; received the National Crime Victim Bar Association’s Frank Carrington Champion of Civil Justice Award; the E. Nathaniel Gates Award for outstanding public advocacy and scholarship; and the Lifetime Achievement Award for Pro Bono Legal Service to veterans groups. She clerked for Supreme Court Justice Sandra Day O’Connor.

Craig Barlow serves as Senior Trial Counsel at Utah Attorney General's Office, and has been a pioneer for children's rights against abuse for many years. He formerly served as Division Chief of the Children's Justice Division, and before that, as Utah Assistant Attorney General.

He has received The National Children's Advocacy Center Outstanding Service Award for his efforts to fight child abuse, including the expansion of the number of Children's Justice Centers in Utah, and his leadership of prosecutions by the Utah Attorney General Internet Crimes Against Children Task Force, which resulted in more than 500 prosecutions since it began in 2000 with a nearly 100% conviction rate.

He is also an author of chapters in the books, "Medical and Forensic Issues in Response to Child Sexual Abuse" and "The Medical Professional Guide to Court Process and Procedures."

Beth Haggett is a psychotherapist, researcher, consultant, coach and facilitator of deep personal growth and learning. She has a PhD in Mind-Body Medicine from Saybrook University, a Master’s Degree in Clinical Social Work from Walla Walla College and a Bachelor’s degree in Psychology from Washington State University and is a Licensed Clinical Social Worker (LCSW). She has advanced training in EFT (Emotional Freedom Technique), Addictions, Emotionally Focused Marriage Therapy, Family Systems, Cognitive and Behavioral Therapy, Clinical Hypnosis, and Psychoneurobiology.

Beth works as an Integrative Psychotherapist with adults, couples and adolescents in Midway. Utah. She serves clients struggling with depression, anxiety, trauma, sexual abuse, and despair; and assists individuals in the healing of body, mind and spirit.

Beth is passionate about personal and organizational health and believes that both require a foundation of positive relationships. She  has created a Coaching Curriculum for Customer Support Organizations that is considered “Best Practices” in the field of Technical Support.  She is on the training staff of The Consortium for Service Innovation and Help Desk Institute.

Beth resides in Midway, Utah where she enjoys time with her husband, grown children and grandchildren, time with her friends and time riding her Azteca horse in the Uintas Mountains.

Lohr previously served as Managing Director for Incentive Filmed Entertainment, General Counsel for Intermedia Film and was an Associate at Gibson, Dunn & Crutcher LLP and White & Case. She earned her B.S. in Business Administration and Juris Doctorate from the University of Southern California and is a member of the California State Bar and the British Academy of Film and Television Arts. 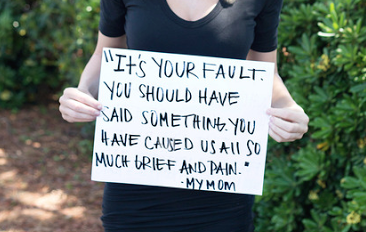